The SE Main|20 St|21 St Underpass project is approximately 70% complete (underpass construction, track, and signal work). It was announced last summer that slope stability issues associated with temporary shoring systems were causing delays in constructing the retaining walls needed to support the permanent railroad tracks as they approach the bridges. The temporary shoring systems needed to install the permanent improvements have been redesigned, and work that was put on hold until this was completed will restart in early June. Unfortunately, the redesign took significant time and negatively impacted the construction schedule. The project will not be open to traffic in 2020.

During the period in which work on the retaining walls was delayed, progress continued on other areas - particularly road construction around the tie-in points of the underpass project, and portions of the three bridges. Approximately 65% of the total excavation has been completed.

What remains to be done?

Every effort is being made to complete the project as early as possible. However, the safety and integrity of the permanent infrastructure (walls, bridges, etc.) and keeping the project within the approved budget will continue to be top priorities. The complexity of resolving the issues encountered has resulted in a delay in opening until the summer of 2021. 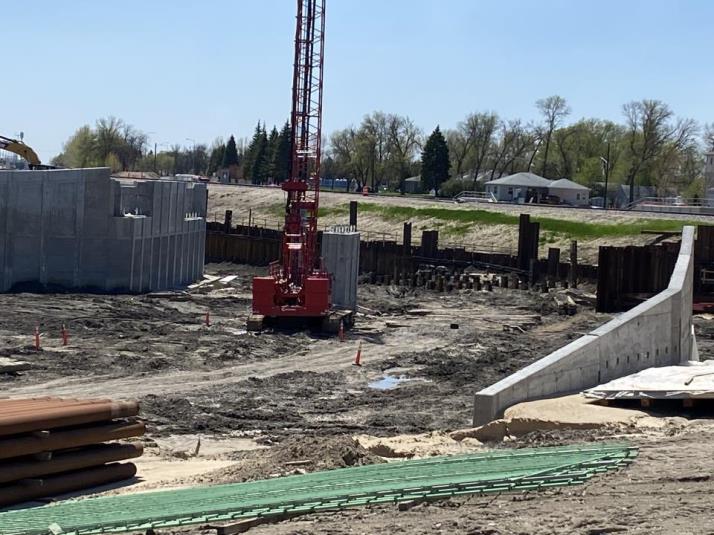