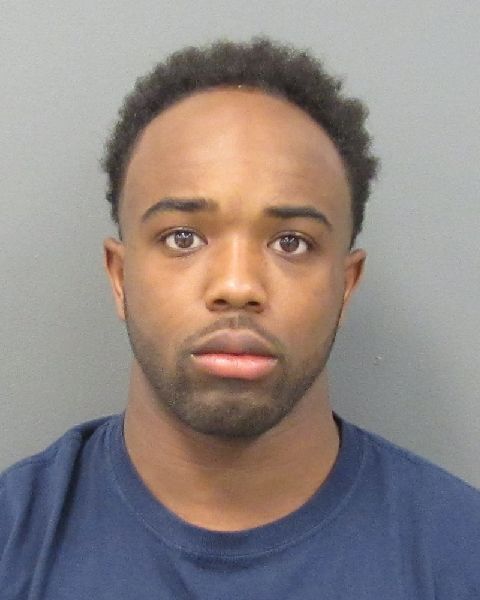 At about 06:07 AM this morning, officers responded to a residence in the 1100 block of 11th Street North for a report of a disturbance involving a gun. There were additional reports of a male being "pistol whipped" and gun shots being heard prior to offices arriving at the location.

Moorhead Police, assisted by members of the Clay County Sheriff's Office and Minnesota State Patrol, arrived at the location and detained the suspect as he was attempting to run from the home. The only injured person, an adult male victim, was treated for non-life threatening head injuries at the scene by Fargo-Moorhead Ambulance Service. The victim was struck in the head with a hand gun, but was not transported to the hospital. All of the people involved in the disturbance were known to each other. The disturbance ended minutes after officers arrived and there is no on-going danger to the public. The hand gun was recovered during hte investigation.

Malik Lamar Gill (22) of Moorhead was later arrested and is being held at the Clay County Correctional Center, for 2nd Degree Assault charges, pending a court appearance. Additional charges may be added at a later date.[RM1]