On December 7th, 2018, at 2:19 am, a black male wearing a black inside-out hooded sweatshirt, jeans and a black facemask, entered the Holiday Gas Station and robbed the cashiers at gun point. Nobody was harmed during the robbery in which the male got away with an undisclosed amount of small bills. With the assistance of the Clay County Sheriff's Department and the Fargo Police Department, a K9 track was attempted, but unsuccessful. The attached photographs are of the suspect, who is armed and should not be approached. Moorhead Police are asking anyone who recognizes the male to contact the on duty supervisor at 218.299.5103. 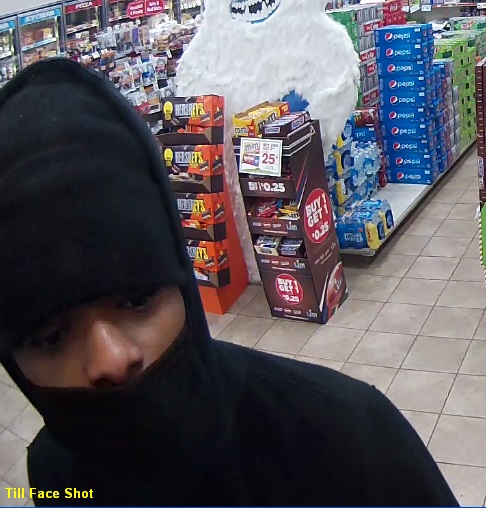 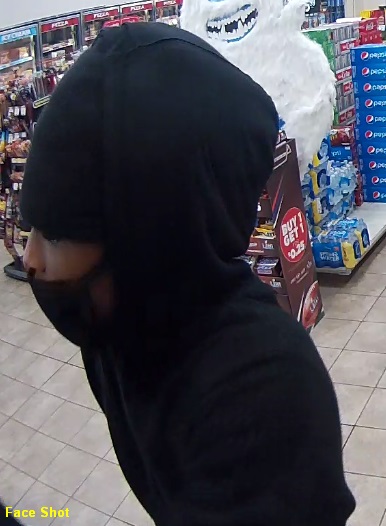 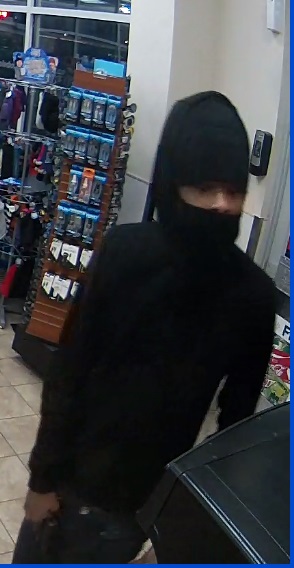