He fled on foot and was located by Becker County K9

On March 27, 2017, shortly after 0100 hours, officers were sent to a possible burglary in progess in the Tessa Terrace Addition in South Moorhead.  Our complainant had confronted an individual who was trying to get into his garage and possibly his vehicle.  Other officers in the area located the suspect vehicle hiding in the parking area to the south of Bluestem.  When he saw the officers, he turned his lights back on and fled.  He continued east on 50 Ave S to Old 52 and then went south on Old 52 towards Sabin.  Moorhead Officers continued to follow the suspect until Clay County Deputies and Minnesota State Patrol were in position to take it over.

The pursuit continued through the city of Barnesville into Wilkin County before entering Ottertail County.  The suspect eventually went up on MN 32 through Rollag and before going east on Clay County 10.  The vehicle drove near Zorbaz on Pelican Lake before continuing north on MN 59 towards Detroit Lakes.  The vehicle went through Detroit Lakes and was eventually abandoned.  Several squads received some damage from this incident. None of the damage was to any squads from Moorhead Police Department.

The driver fled on foot but was tracked down by Becker County’s K9.  The suspect has been identified as Zachary Allan Rogers (26) from Moorhead.  He is currently at the St. Mary’s Regional Health Center in Detroit Lakes getting checked before being taken to the Becker County Jail where he will be held on the following charges (there could be additional charges before his first hearing): 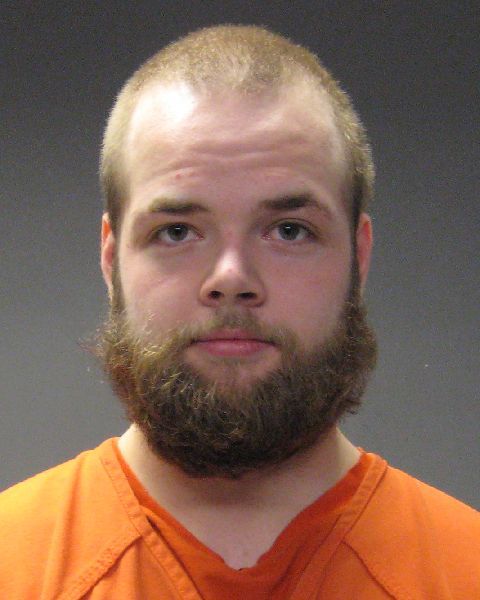 Previous Mugshot of Zachary Rogers from 2/17

This is still a very active investigation and the Moorhead Police Department asks anyone who may have had their property tampered with prior to this call to contact the Red River Regional Dispatch Center at (701) 451-7660 and ask to speak with the On Duty Supervisor.