On January 2, 2021, at approximately 4:00 pm,  the Moorhead Police Department was dispatched to the intersection of 12 Street and 5 Avenue south, for a report of a male who had just pointed a firearm at an occupied vehicle. The suspect left in a vehicle; however, an officer later located the vehicle in a parking lot of an apartment complex in the 1900 block of 18 Avenue South.

As officers attempted to contact the suspect vehicle's occupants, a male exited the vehicle with a firearm, later dropping it and fleeing on foot into the apartment complex. A perimeter was set up, and a K9 assisted in searching for the male.  During the search, a male was detained, and later arrested on outstanding warrants through the Minnesota Department of Corrections.   The investigation later led to the male identified as the suspect who pointed the firearm.

The suspect and victims were not known to each other. There were no injures stemming from the incident. There is no ongoing threat to public safety.  A West Fargo Police Department K9 assisted the Moorhead Police Department during the search.

The reason for the incident is still ongoing and there is no further information available at this time. 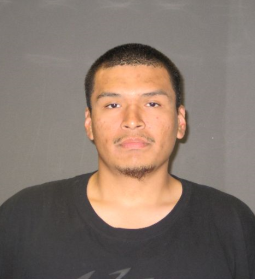