On 11/01/2020, at approximately 03:15 pm, Moorhead Officers responded to a report of an impaired driver in the area of 40 Avenue and 8 Street South. As officers attempted to approach the suspect in the Azool Hornbacher's parking lot, he fled in his vehicle. The vehicle was not pursued, but a short time later, additional calls of a reckless driver involving the same vehicle description were received, including the suspect causing damage to a fence in the 2100 block of 40 Avenue South, near the Moorhead Parks Soccer Complex.

Officers later located the vehicle near 8 Street and 30 Avenue South. When officers attempted to stop the vehicle, it fled westbound onto I-94 toward Fargo. The vehicle had sustained previous tire damage causing it to enter the North ditch of I-94 between the Red River Bridge and University Drive in Fargo.

Derek Berg, age 28, of Ogema, MN, was taken into custody by the North Dakota Highway Patrol and is currently held at the Cass County Jail for DWI. A long-form complaint will be requested from the Clay County Attorney's Office for the offenses of Fleeing a Police Officer in a motor vehicle, criminal damage to property, and reckless driving.

The Moorhead Police Department was assisted by the Clay County Sheriff's Office and the North Dakota Highway Patrol. 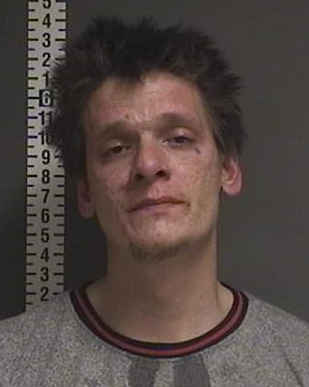