At approximately 12:55 am, a Moorhead officer noted a vehicle in the area of 20 St and 8 Ave S traveling in the wrong lane. The suspect vehicle then crossed through a private lawn in the neighborhood of 5 Ave S. The officer attempted to conduct a traffic stop on the vehicle; however, it began to travel at a high rate of speed westbound. Due to safety concerns for the public based on the driving behavior of the suspect, the officer self-terminated the pursuit. The vehicle was witnessed by another officer traveling into Fargo on Main Ave.

The Fargo Police Department later received a call of a suspicious vehicle running at the end of a cul-de-sac. Investigating officers found the vehicle unattended, still running against a tree, and determined to be the vehicle that fled earlier in Moorhead. A Fargo K-9 began to track the suspect, and a Fargo drone was also launched to assist with the apprehension. The K-9 team tracked to the Red River. He is believed to have successfully crossed the river due to the K-9 continuing a track eastbound in Moorhead for a significant distance; however, the suspect was not located.

The driver and registered owner, Jeremiah Ard, age 36, of Dent MN, has been identified as the suspect. A long-form complaint has been filed with the Clay County Attorney’s Office for Felony Fleeing a Peace Officer in a Motor Vehicle.
His blue 2007 GMC Yukon used in the pursuit was impounded.

The Moorhead Police Department is asking for assistance in locating Jeremiah Ard to ensure his safety as it appears he swam across the Red River. Please call your local law enforcement with any information. There is no information that he currently possesses a threat to public safety. 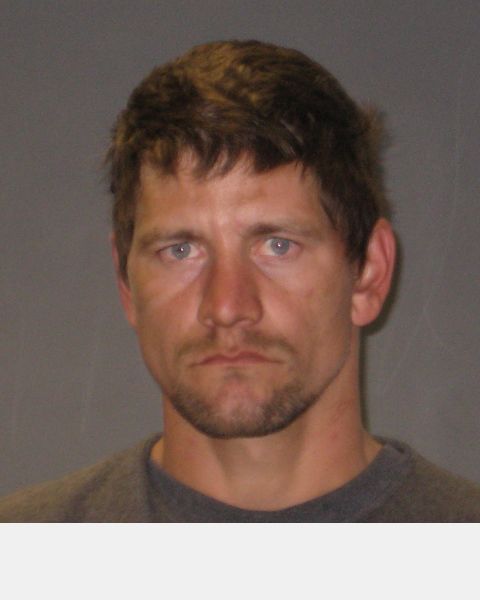