The 12th Avenue South Corridor Study is now available.  Thank you to everyone who participated and provided feedback for the study!

The City of Moorhead and the Fargo-Moorhead Metropolitan Council of Governments (Metro COG) have partnered to study a section of 12th Avenue South in Moorhead, beginning at the west end at River Drive and extending east to the intersection with Main Avenue. The purpose of the study is to evaluate current and future needs along the corridor, and to identify short-term and long-range improvements for consideration.

This corridor has served as a vital east to west roadway through the community since it was first paved in the 1950s and 1960s. The City has planned for improvements to be constructed in 2020 using an approach to design that considers the complete streets needs of everyone that uses 12th Avenue South – vehicles, transit, pedestrians and bicycles – as well as the needs of adjacent and nearby property owners including adding or preserving parking, trees and landscaping.

This study will include public input on what needs, issues and improvements that would be desirable for the future in addition to technical analysis that identifies current and future conditions and impacts for all types of users of 12th Avenue South. 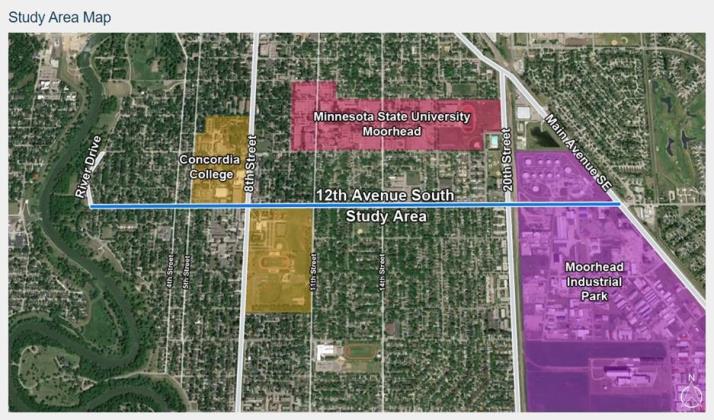 Thank you to all who attended the open house on Tuesday, March 19 and provided ideas and feedback!

The following information was presented at the March 19, 2019 public open house:

The results from the second public survey are now available.

The following information was presented at the September 20, 2018 public open house:

The results from the first public survey are now available. 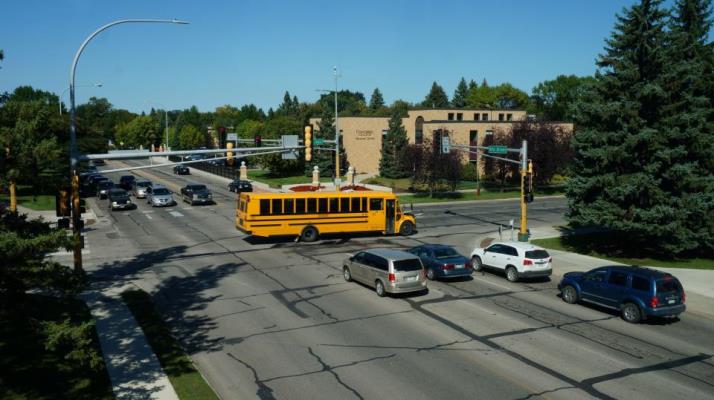 What is a corridor study?

A corridor study is a focused look at current and future needs of all types of users and stakeholders for a specified roadway, or corridor, through the City of Moorhead. Using a combination of data and public input, the study process identifies needs, issues, alternatives, benefits and constraints.

Why is a study of 12th Avenue South in Moorhead being conducted now?

This study was initiated by the City of Moorhead and Fargo-Moorhead Metropolitan Council of Governments (Metro COG) to support the current and future needs of all users of this street, a “complete streets” design approach that looks at the needs of residents, walkers, bikers, transit users or motorists. This study will Inform future construction improvements planned for 2020, as portions of the pavement are already classified as below-average condition.

What kind of input are you asking for?

We’ll be seeking your input at multiple points in the study. Initially, we’re hoping to hear what your ideas, needs and concerns are for what this avenue could provide into the future. As part of a complete streets design approach, we are asking those who currently use this corridor on foot or by car, bike or bus, as well as live or own property on or adjacent to 12th Avenue to share comments. After alternatives and recommendations are developed, we’ll be asking for your feedback again.

How will my input be used?

Your initial input helps us validate current needs and issues, as well as anticipate what future needs will be for this avenue. After alternatives and recommendations are developed, your feedback will help guide plans and priorities for both short-term and long-term improvements.

If you have any comments or questions regarding the study or project, please contact the Engineering Department.